FREE SHIPPING FOR ORDERS $40 AND MORE 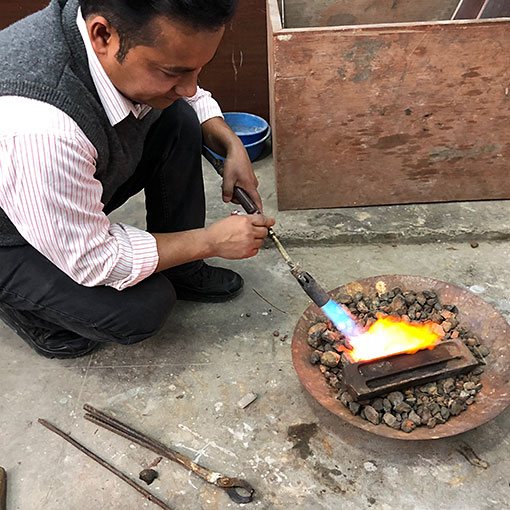 Dambar was born into the lowest caste in Nepal with little opportunity. As luck would have it, when he was really sick, someone helped him get the medicine he needed. After he healed, he when asked what he wanted to do with his second chance at life, Dambar said,

“I want to be a silversmith”.

A short while later, after Dambar got the chance to train in The Netherlands, he went back to his hometown in Nepal and set up a small silversmith shop. Since then, he has helped many in his community climb out of poverty by providing them with a livelihood. In 2018, he built a training school for silversmithing called the “Kanti school”.